TO TROLLS: BARACK WILL NOT WRITE YOU A PARDON

IT has come to our attention, at least by way of rumor (and it makes a lot of sense), that those handing out the marching orders to Obama's "Twitter Army" as reported by Reuters 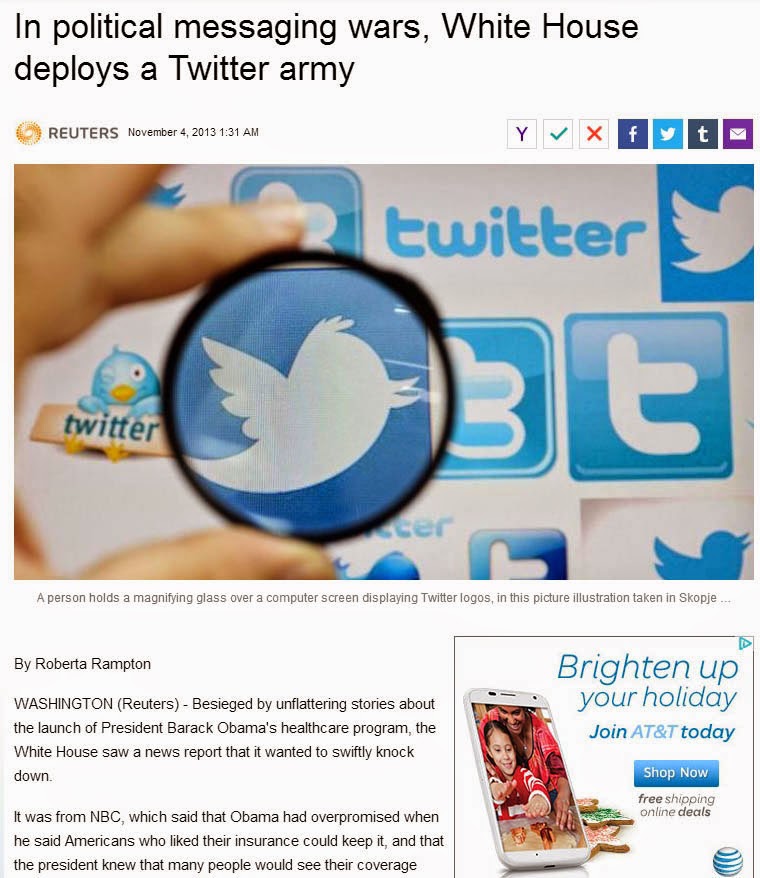 appear to be telling their hapless foot-soldiers things like, "Don't worry about it, man! Barack is the President, man! Do what ya gotta do do! He'll just write you a pardon!"

If that is your particular situation, forget it. You're living in a dream world that will destroy you. What do you "footsoldiers" think will happen? Obama will have you to the White House, shake your hand, say, "I just want you to know how much I appreciate everything you have done. I read some of it and I thought it was amazing. I'd like you to have dinner with Michelle and me, tonight. I'm serious."

No. forget the daydream. As we have reported here, Congress has confirmed to Kathy that a congressional investigation of Twitter abuses will happen, and the pressure builds to get started. News agencies all over the country have reported the striking personal horrors. Right wing news sources such as World Net Daily and even FOX have reported on Twitter leftist abuses; this is not a semi-hidden underground activity anymore and some GOP Congresspeople are now fuming.

In our own experience, members of the Fire Ants and Kathy and myself, particularly, have been endlessly antagonized: one person posted a map to Kathy's unlisted home (clearly with no good intent); posted veiled death threats (much of this reported by World Net Daily, reports which have definitely caught a few GOP Congress' members eye)and basically maligned and antagonized she, myself and other members virtually every day for a year. Most recently, a couple of people volunteered to Kathy (and myself) without provocation, for Kathy to watch out for a surprise from the Ohio Attorney General:

Then Kathy received this text message from a friend of hers, with whom someone or some group of people seemed to have confused with Kathy when it came to addresses: 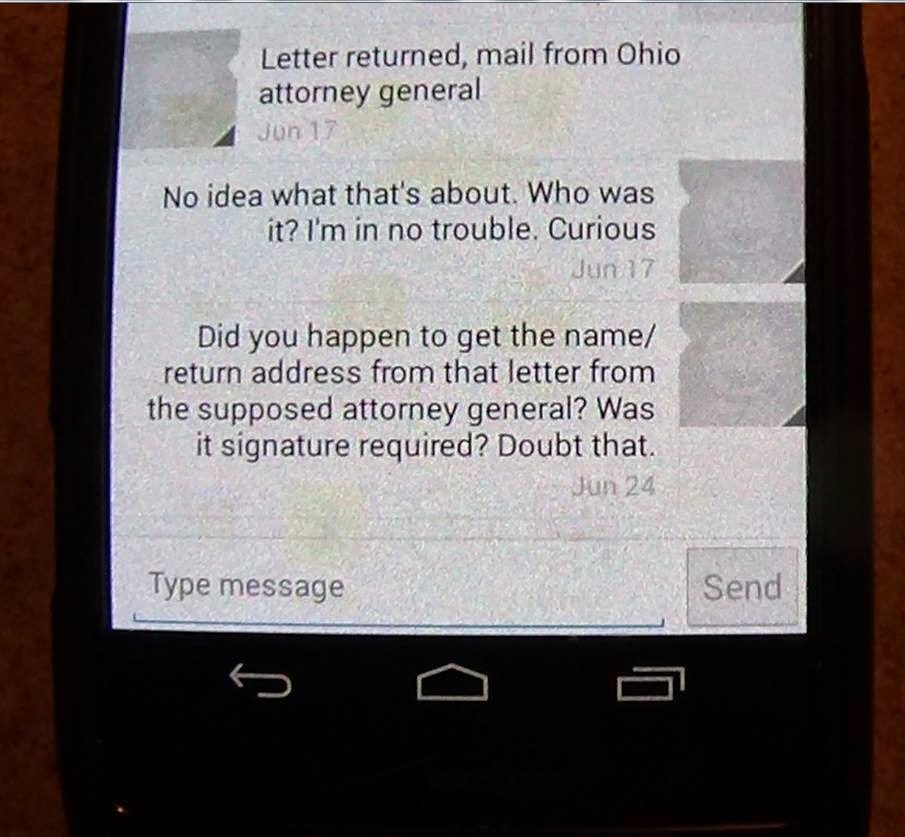 There's just one problem. Kathy has since been working with various departments at the Ohio Attorney general's office, and it is now confirmed 100% that no letter was ever sent to Kathy by the Ohio Attorney General's office. No dept has information, complaint or anything else about Kathy until she contacted them to find out what all this was about. The Ohio AG's office has come to the preliminary conclusion after speaking with Kathy (including attorneys and a detective) and seeing various screenshots and links, that someone plainly faked a letter from the AG which is apparently a criminal act. Whoever committed that apparent crime somehow got the fact of that letter to people who have been antagonizing us on Twitter, and as I understand it, an investigation is already underway by Ohio. Kathy is providing a very great deal of information which is being passed on to the detectives. Also, of anyone with knowledge of who did this  was aware of the fact in advance, any number of crimes may have been committed by them, including  as I understand it, conspiracy to distribute a criminal forgery, which is not one but two felonies.

This is very, very serious business, and to whomever wrote the apparent forgery and sent it to Kathy via the wrong address, after you are found, do know this: Obama won't write you a pardon. Never in a million years. You're on your own.

Look who Obama has thrown under the bus when times got even a little tight. His friend Bill Ayres who apparently took Obama under his wing and launched Obama's political career and who has admitted to writing one of Obama's "autobiographies".

His own Pastor and "Spiritual Adviser" Reverend Jeremiah Wright who officiated at Obama's wedding. Obama condemned what Wright said in his church and pretended not to know anything about those kinds of remarks for which Wright was apparently locally famous, and Obama very plainly must have been very aware.

Wright's performance vs Obama's pretending that Wright's inflammatory rhetoric is all a big surprise to him, and publicly calling his own Pastor of 20 years 'offensive".

Who are you compared to those people, so close to Obama?

And don't forget Ambassador Chris Stevens who waited for Obama. Obama who for all purposes, IMO,trapped Stevens in Libya. Stevens pleaded for help to Obama to come and save him, only for Obama to apparently not lift a finger, resulting in Stevens to dying a physically horrible and emotionally frightening death, about which Obama was later caught lying.

On an additional side note to be filed under "S" for suspicious. Lorraine Fuddy, who was in charge of Obama's birth certificate, died recently in a "mysterious" small plane crash.

Just so all you left-wing Obama "Twitter Soldiers" understand Obama's utter lack of loyalty, and his certainty to hang you out to dry when trouble comes, here is a short list from LEFT WING news outlets, so you are reading people who speak from your own vantage point: 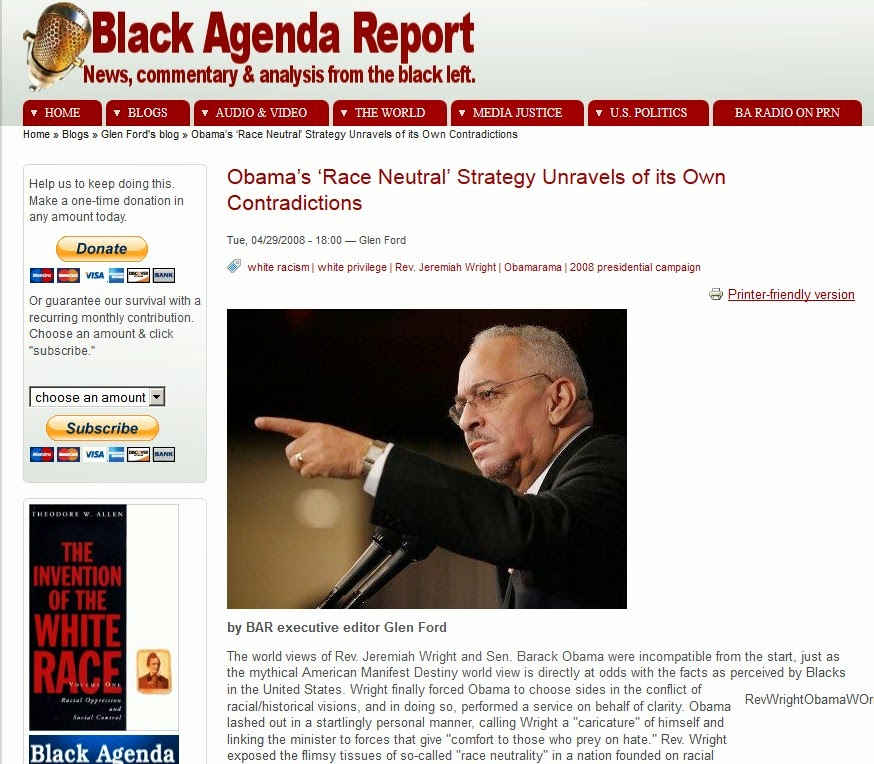 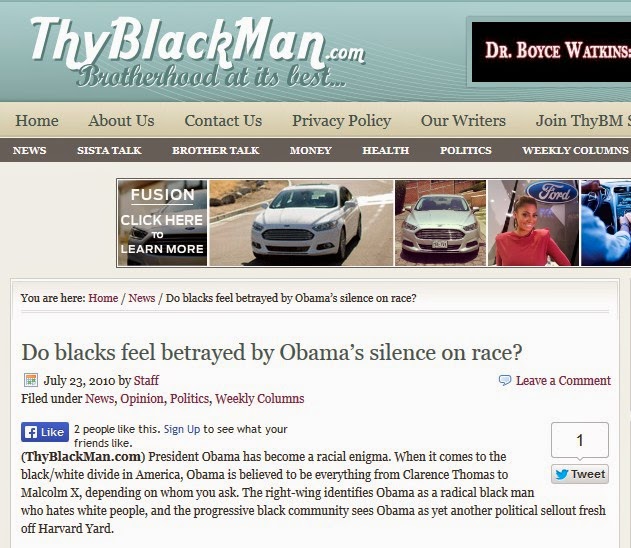 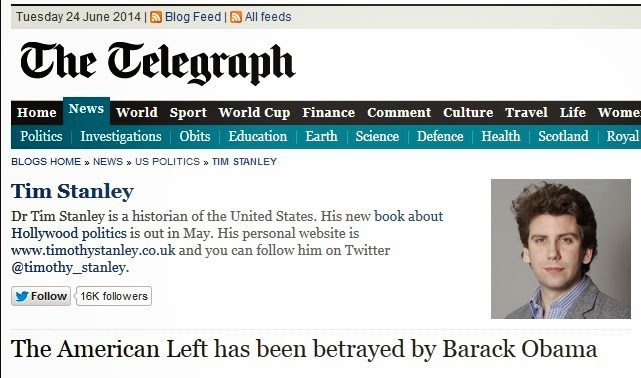 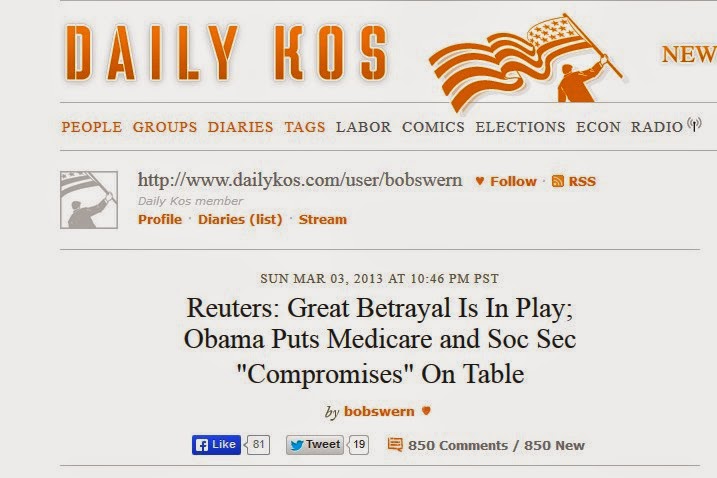 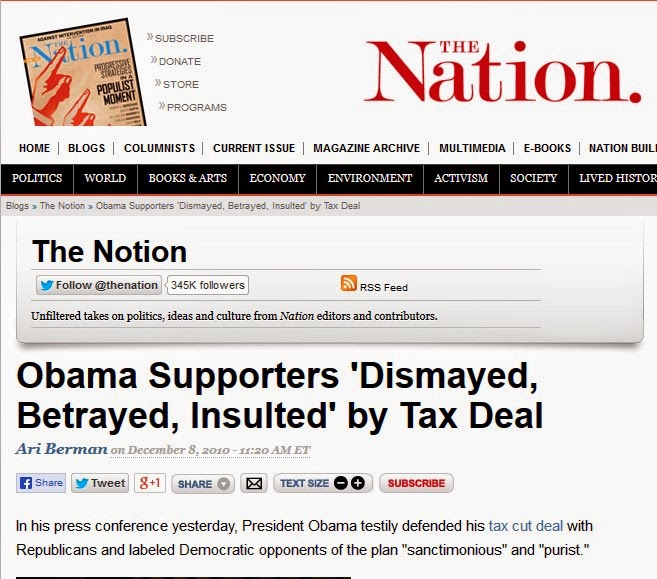 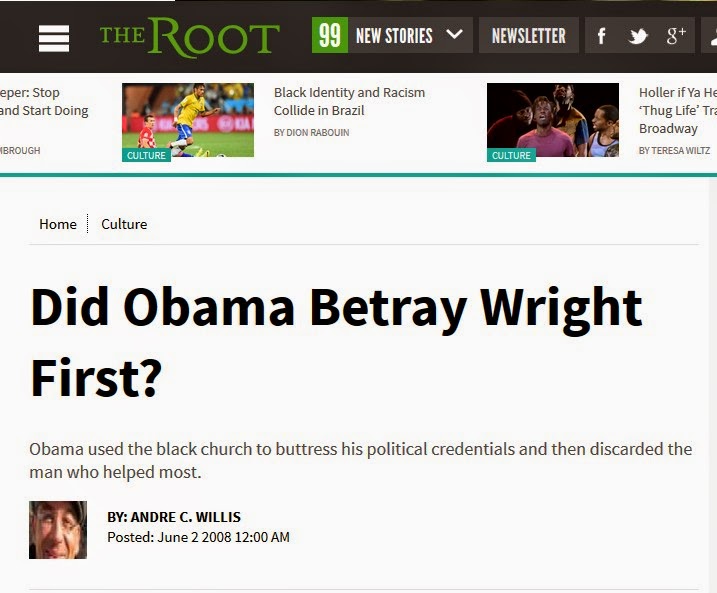 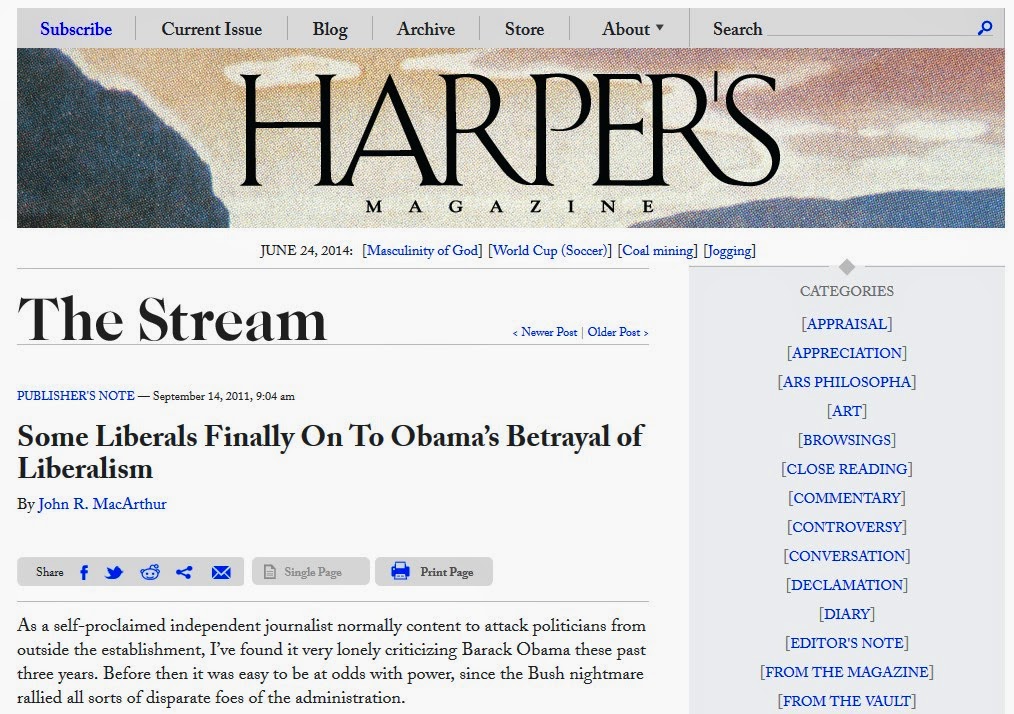 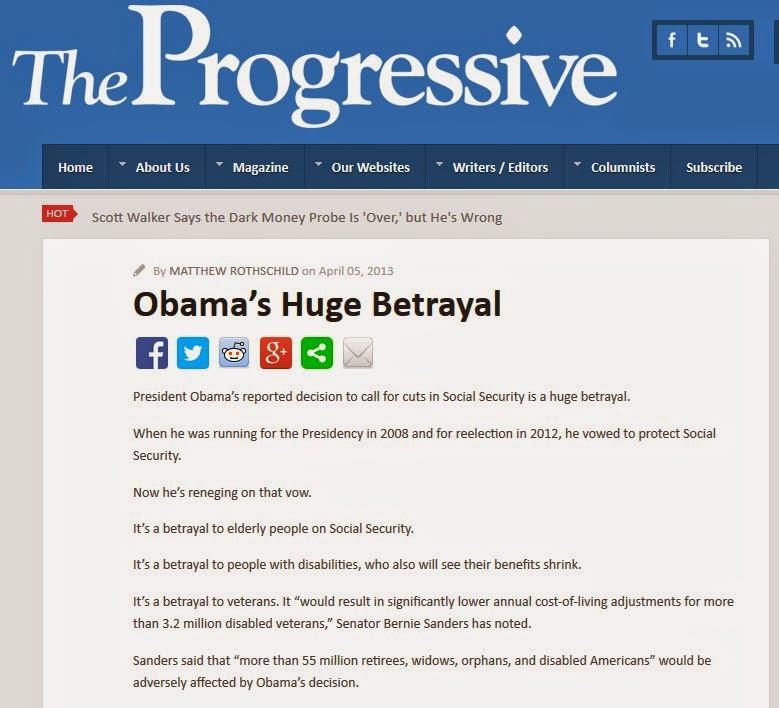 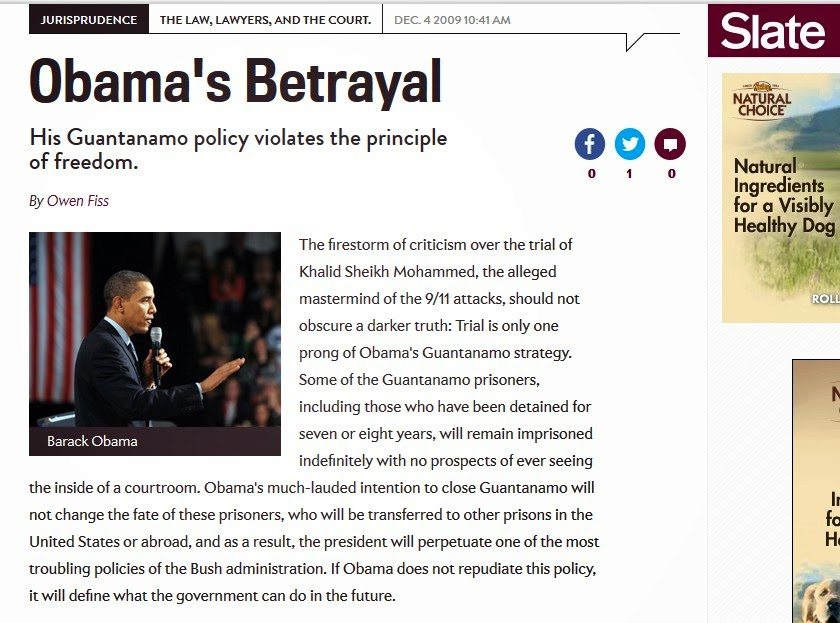 Every one of those is a a left-wing news organization and we could post, probably, hundreds of similar left-wing headlines. Every one is citing a basic betrayal of people who trusted and needed Obama; who took Obama at his word, and were left worse than high and dry. Often, when Obama needed a quick exit from an awkward problem, he took the easiest, most unconscionable route: he spoke out and condemned those people closest to him.

Do you think when the GOP House moves on this issue; when Ohio moves; when many authorities move in on this issue, that Obama will even be apprised by his underlings who have no desire to bother the President with bad news? And if this becomes a national issue, you must know what he will say, because he's done it, in general principle, before, with people more important to him than you will ever be (IMO this is a close guess based on similar past statements by Obama): "These people, whose acts are both disgraceful and unlawful, operated in their 'cyber-bullying' and worse with no authority from my Administration or anyone in it, and like all criminals, will have to suffer the penalties of our swift and just judicial system."

And then he will go to Martha's Vineyard and forget about you while you spend ten to twenty years wasting your precious life away in a prison cell with someone you do not like.

Be smart and do yourself a favor. Get out of it now, while you still can. Congress is coming. In some aspects law enforcement is on it, already.

Only Obama can keep many of you free if you continue, and Obama will never write you a pardon. You can forget it. He never has, and surrounded by the best of the world, distracted by only finest this nation can offer, never will. Obama is unaware of who you are or that you even, as an individual, exist, and won't change now and put himself in the chain of evidence of a series of criminal activities for a nobody like you. He won't even defend his closest friends if mere politics are at risk.

Get out of it, now, while you still can.

Posted by Proe Graphique at 4:31 PM